Within the exhibition Women about women in Podgorica, an educational segment was realized, which, among other things, consisted of lectures on the identities and positions of artists through the history of art. The organizer in front of Montenegro is NGO Spes, and the project coordinator and curator is Nela Gligorović.

February 18 at 5 pm lecture The power of a woman's hand prof. dr. Oliver Tomić, about artists in the twentieth century who influenced changes in the social paradigm


From its very beginning, modern art has created more favorable conditions for the participation of women on the main creative stage than has been the case in previous history. Bertha Morisot and Mary Cassatt took a prominent place in the first informal group of impressionist artists. Before World War II, Hannah Hoch stood out among the Dadaists, the versatile Kate Kolwitz became an academic professor, and Georgia O’Keefe made a symbol of painting in the United States. The same phenomenon can be seen in our area, with the long-lived Beta Vukanović, the avant-garde Nadežda Petrović and the sophisticated Milena Pavlović-Barili. After the Second World War, women in all artistic genres, directions and movements constantly conquered the space on the art scene, both in the world and in our country. Examples include Frida Kahlo, Nancy Holt and Louise Bourgeois, or Vera Bozickovic-Popovic, Olja Ivanjicki and Rada Selakovic. We had the opportunity to see all these impressive biographies and opuses during the lecture of prof. Tomić, but the question remains whether equality was really achieved in practice and whether in the eyes of a modern observer it does not matter whether he has before him the work of a man or a woman.


February 22 at 5 pm lecture Conquest of Art by Nela Gligorović, about the first artists in the history of art, from the Renaissance to the 20th century


Art History presents a gallery of male characters whose genius and creativity has constructed the only known image of the past. Theoretical education on the women's issue of the space of freedom is an obligation of modern society. Education about the first women painters is not conceived as a program in any study group of the University of Montenegro. The lack of academic education at visual arts faculties on a feminist approach to art history also closes the space for discussion of possible current positions. They talked about the life and work of the first painters that history recorded in the Renaissance, their difficulties in education and the social context of the time in which they created, during the lecture Conquest of Art. A journey through women's performances from the Italian Renaissance and the first painters within the monastery, to the north of Europe and the conquest of new territories, all the way to the birth of civil society in France and the emergence of Impressionism. 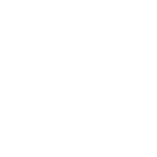 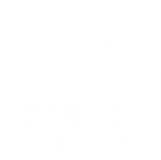